DESACRALISATION OF MARRIAGE – A Problem Facing The Home

“Marriage is honourable in all, and the bed undefiled: but whoremongers and adulterers God will judge.”
(Hebrews 13:4)

One of the challenges facing the family institution is the desacralisation of marriage. Aggressive secularism targets the sacredness of marriage and makes light of the issue of marriage. A lot of foolish entertainment in popular media make light of sexual sins. For this reason sexual sins are rife.

In western countries where they’re pursuing feminist agenda vehemently, they have policies that contributes to the desacralisation of marriage. When a man gets married the terms of the marriage makes him a prey to his wife. Should he seek a divorce with his wife she would go with half of his wealth. It is good to seek the interest of women and to have laws that shall protect their welfare in the case of a divorce, but I think that is a step too far. For this reason many maintain a sexual relationship with a partner without marriage. This is wrong.

If such laws were meant to protect marriages so that people won’t seek divorce, its inadequacy in effecting this is glaring. Many rich people are afraid of getting married for this reason. So they prefer to have wives with the status of a common girlfriend. But it is evil to maintain a sexual relationship outside marriage. Such a law contributes greatly to marriage and sexual relationship being seen as a casual and unsacred thing. The reason being that it puts men under pressure not to desire marriage. It is like putting a trap in the marriage institution. Who’d wish to go into it? In making such laws they have made marriage repulsive to as many as seek their best interest as every human ought to do.

This does not solve any problem still. It only makes marriage repulsive while people still go round the law and marriage. Rather than get married people would rather do what should be done within the confines of marriage outside and without marriage. This is not honourable. What the Bible says is honourable is marriage not just any sexual relationship. Having a girlfriend who is committed to being “faithful,” give birth to children, and train them up, etc. is not what is holy and honourable. What is honourable is marriage alone and all that is done within the confines of marriage alone. Any law or policy that renders marriage repulsive to people desacralises it.

It is not in the laws of places like Nigeria but people still live like the laws are in place. The west needs to know that they have a far reaching influence. People here in Nigeria would go living with their girl friends like married people do. This is despite the fact that we don’t have such laws that renders marriage repulsive. Why? Because they watch it in movies produced by the west.

Another reason is that young people find it hard settling down. Jobs are few, pay is little and inadequate, everything is expensive and the values of properties that can serve as a form of financial security increase faster than young people can save. How shall they take such a bold step to get married without such security in place?

It is not for naught that wise King Solomon wrote, ” money is a defence…” (Ecclesiastes 7:12). B being able to meet the financial requirements to get married is hard. For this reason, not having the adequate defence, they only keep a girlfriend without the commitment of marriage. So poverty and hardship contributes immensely to the desacralisation of the institution of marriage.

Seeing the amount of evils in this present time evident in the amount of sexually provoking content of the media, it is safer for young people and easier for them to maintain a holy life in their matrimonial homes and not out of it. Therefore, a good way to maintain the sacredness of marriage is that both church and state actively try to make getting married and settling down in life very easy for young people.

This problem of desacralising marriage needs to be dealt with. Marriage must not be treated as a light trifling. It is sacred and must be treated as such. The teachings we give to our young ones and in the church must enforce this knowledge. We must also frown at anything that tends to encourage the desacralisation of marriage if our family institutions are going to be strong. May God help us in Jesus’ name. Amen.

Prayer: Dear Father, please give us strong family institutions in the church and also in our societies. Let the sacredness of marriage be held and protected by all. Teach us true wisdom in this respect. This we ask in Jesus’ matchless name. Amen. 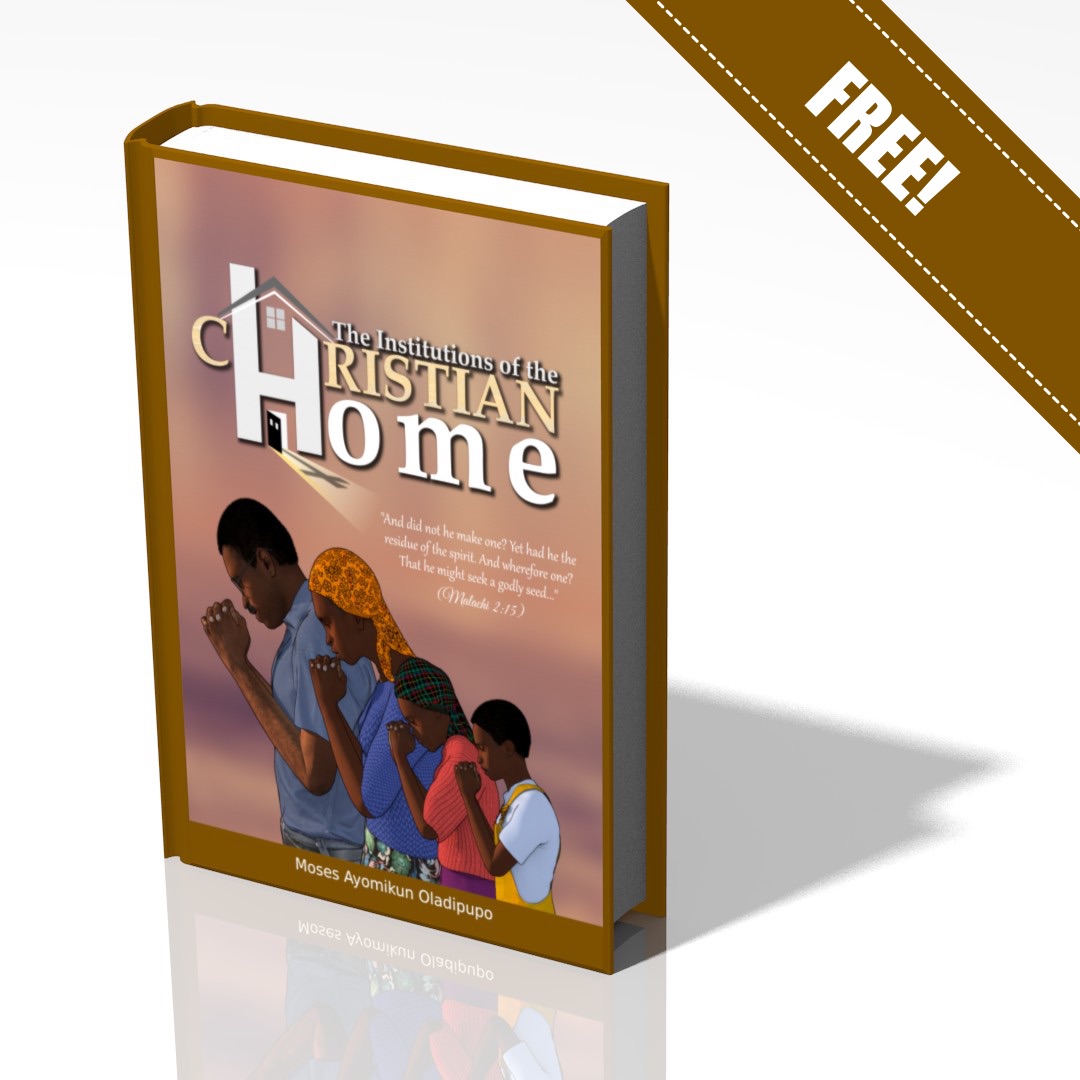 This is an excerpt from my book, THE INSTITUTIONS OF THE CHRISTIAN HOME. The full eBook is absolutely FREE! DOWNLOAD NOW!