THE PROBLEM WITH PERSPECTIVISM

“Let this mind be in you, which was also in Christ Jesus.”
(Philippians 2:5)

I have seen many people who think the best way to maintain unity is to accept everyone’s opinion and hold to yours. They say this is because people’s perspectives on things are different. They claim that when you see something as right it is because of your perspective. Another could look at it from another perspective and see it as not so right. In such a case they claim that both persons are right at the same time though they have a contrary view of the same issue. They present a photo of the number 9 written on the floor 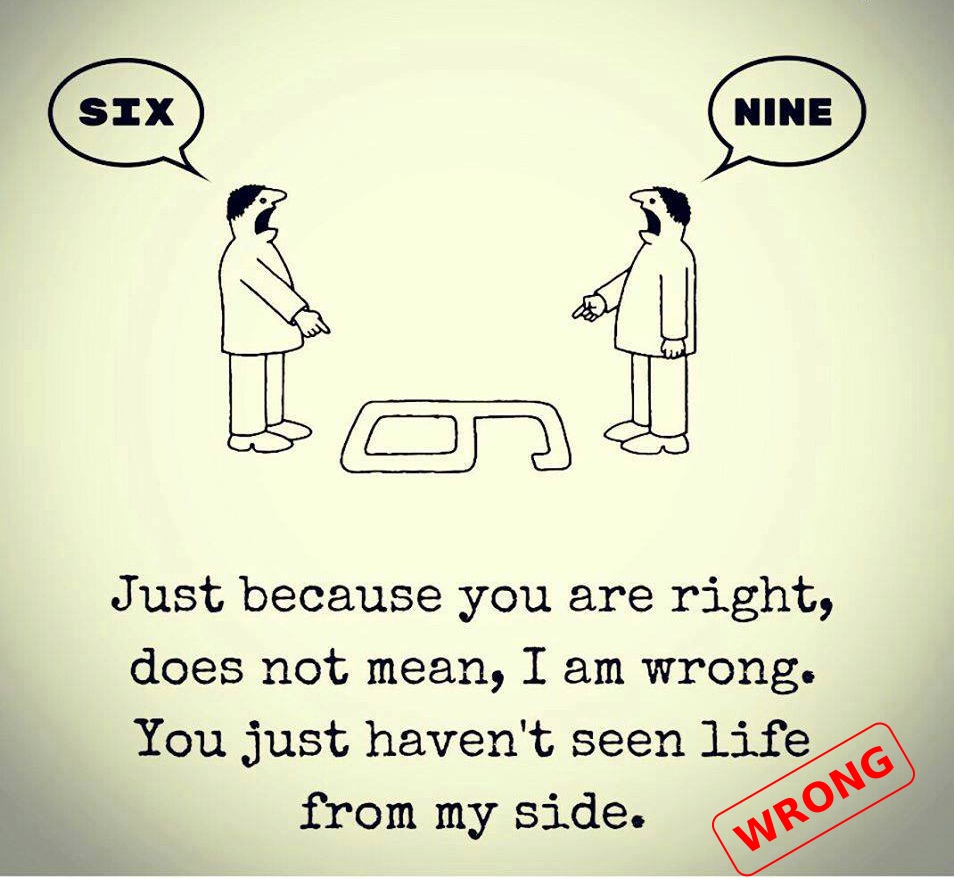 This goes a long way in affecting our Christian doctrine. It means we can not be totally agreed on anything. Everyone can come to their own different conclusions on any matter. It means we can’t even take any stance on any thing. I have seen a lot of hypocrites use this argument in defence of an heretic claim. When you point something out that is not right, they’d just say it is just the perspective from which you are looking at it. But can this argument of opinionism or perspectivism be right?

In trying to seek an answer to this I’d like to begin with their example. Now why must they see it only as 6 or 9. Why not see it as something that looks like 6 or 9. 9 indeed looks like a foetus. And 6 looks like a foetus frozen in a mid air backflip stunt. Why must they present it with just two people, one looking from the top and the other looking from the bottom? Why not also from the right and left? Why not also from the other perspectives of each of the 360 degrees? What would the person looking at it from the right see it to be? I have been looking at it from those two perspective as I write these lines and I can’t make 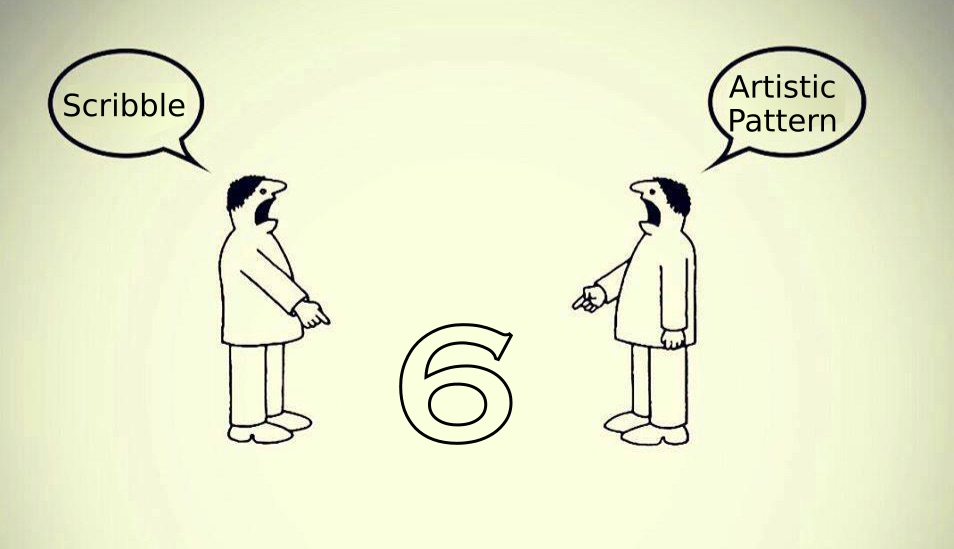 Now we know that the number 6 or 9 is not just a scribble nor is it an artistic pattern or decoration, they both have an information to pass across. Also, it is not a random mark by some force of nature. It is an intentional mark made by a rational being to pass across an information. That information is not reliant on the opinions of the four guys talking about perspectives. It is wholly reliant on the intent of him who put it down. The four people who are arguing about their perspectives are all wrong, including him who may have by chance have had a right perspective. He is wrong because he thought he was right by the virtue of his own perspective and not by the intent of him who put it down. It is not by perspectives that we are to know the rightness of things. In such a case where 9 is written, what is right to do is to try to understand what the person who wrote it had in mind. For example, if it was written in a notebook with other numbers and/or letters, let’s say 5 and/or f, we can then know what the author had in mind by the way the 5 and/or f is written. That is whether it be a 6 or a 9. Based on knowing the author’s intention we can know if it is a 9 or a 6 and get the right information that was intended to be passed across. 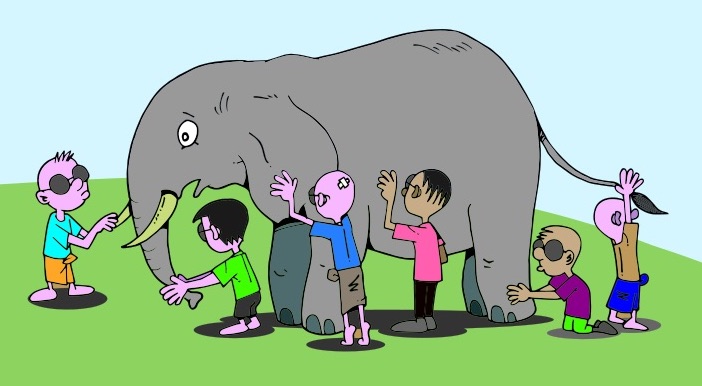 There is a story I heard of some people who observed an elephant. I am not a good story teller so I may not get the account very correctly. These people were only seeing different aspects of the elephant. One taking hold of the tail said it was just a rope, another taking hold of one of the legs said it was a tree, another said it was a wall, and so on. But all of them were wrong. But they all thought they were right. Perspectivism demands that each should accept the others claim. So an elephant is therefore a rope, a tree, wall, and so on.

Before I bring this to a close, let us look at another example with an expensive consequence. Let’s say there’s a road sign with the letter W meaning wait, and one of our perspectivists decide to look at it and say, based on his perspective, “it is M,” probably meaning move. If he moves and gets crushed by a trailer or something. That shall be the expensive result of his perspectivism, and disregard for the intention of him or they who have put up that sign. So it is not perspectives that matter but the intention of him who put up whatever it is we are considering. If being wrong doesn’t matter, if making wrong choices don’t matter, if basking in confusion is okay, and if it is okay taking suicidal actions like the example above, only then can perspectivism be acceptable to all.

Now, how does this matter regarding Christian doctrines? Whenever we look at the Bible, it does not matter from what perspective we choose to look at it from, all that matters is the intention of him who wrote it, I mean God. We must always see all things from his perspective or else we shall incur the harm, not of merely being crushed by a trailer, but of being eternally damned. This does not apply to only the Bible. We must see all of life from his perspective. Why? He is not only the author of the Bible but the author of life and the creator of all things. Looking at life or anything in all of creation from a perspective different from God’s own perspective is sure to have dire consequences. It is written, “Let this mind be in you, which was also in Christ Jesus.” (Philippians 2:5). Let us see everything the same way he sees them. Remain blessed.

Prayer: Dear Lord and Father, please help us not to give heed to the scam called perspectivism. Help us to discard all perspectives in all that pertains life and belief, and stick to your own perspective as revealed in your word. This I ask in Jesus’ dear name. Amen.